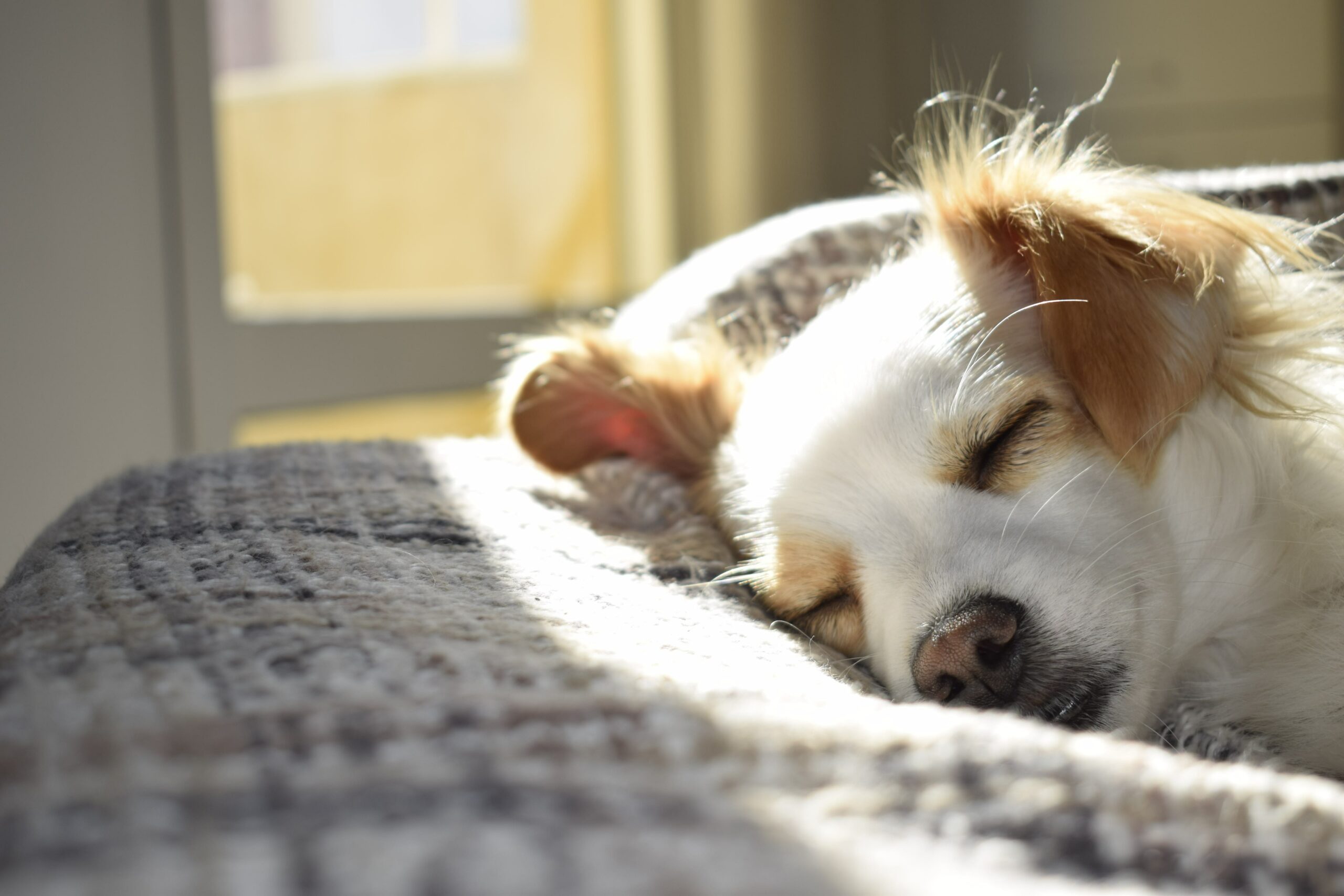 Almost certainly, your dog isn’t receiving enough restful sleep. Even a regular dog should be able to sleep for more extended periods. Dogs Sleep for an average of twelve hours a day, on average.

For dogs that work as police dogs or in sports, however, they may be able to sleep less. If, on the other hand, your dog used to be a lot more active and has just recently begun to slow down. If that’s the case, you need to find out what’s wrong with it.

There are several probable explanations for this rapid shift in behavior. The issue might be anything from stress to more severe cases. Be aware of the probable causes and know when to get help from a veterinarian.

Because Your Dog Is Having a Hard Time Staying awake:

A dog’s unusual sleeping habits can be explained by various factors, including psychological and physical issues. When a dog suddenly alters its habit or routine, we assume that it is due to an illness. While it’s always best to see a veterinarian first, it isn’t always necessary.

It’s possible that the dog isn’t sick, in which case there are alternative options to consider. Perhaps since your dog is getting older, it reacts to some changes in its environment or perhaps in itself. The following are possible causes of your dog’s excessive snoozing:

How old is your dog?

Dogs Sleep more than 12 hours a day is not uncommon for dogs, which sleep between 12 and 14 hours per day. Large dog breeds, old dogs, and puppies all require extra sleep, and it’s perfectly OK for puppies to sleep up to 18 hours a day. Generally, they sleep most while they are young and old.

From the time they’re four months old until they’re a year old, puppies are only playful and energetic when they’re awake. Puppies are prone to exhaustion because of their active lifestyles.

The lifespan, size, and activity of a dog are all influenced by its breed. The dog’s need for sleep can be affected by any or all of these variables. Smaller dog breeds typically live longer and require less rest when they are older. Basset Hounds, Bullmastiffs, Saint Bernard’s, and Greyhounds. Because they tend to sleep all day, Newfoundland’s are commonly referred to as “lazy dogs.” They can sleep for as many as 18 hours a day.

Stressed or anxious dogs spend a lot of time in their beds, as would any dog who is bored or anxious. If your dog is nervous or anxious, you will notice more lethargy and frequently fall asleep. Giving the dog a regular schedule of activities can help to stimulate and improve its mental and physical health and well-being in general.

Dogs that are given duties to complete will devote most of their waking hours to performing those tasks. The amount of hours of Dogs Sleep a dog requires also varies according to the breed.

Alternatively, the term “hypothyroidism” is used. When thyroxine isn’t secreted correctly, it slows down cellular chemical reactions. As a result, the dog appears ill, particularly in terms of metabolic issues. Dogs of all ages can develop hypothyroidism, but it is more common among the more senior canines. Many of these breeds, including Labradors, Doberman pinschers, and Great Danes, are among the most vulnerable.

The risk of hyperglycemia can significantly impact the dog if the body is unable to manufacture insulin in the amount required by the body. It’s almost sure that the quality of your Dogs Sleep is restful. Among them are dachshunds, Australian Terriers, and Keeshonds.

This is a very contagious bacterial infection. Canines can contract leptospirosis by ingesting infectious urine from diseased humans or other dogs. It can also be spread by water, soil, and other mediums. It’s widespread in hot climates. It’s time to talk about viral infections.

Viruses like these are highly infectious. Between the ages of six weeks and six months, it is most common in pups. It’s caused by a virus from the Parvoviridae family, which interferes with the body’s capacity to metabolize nutrition. As a result, an affected dog is more susceptible to dehydration and weakening from a lack of critical nutrients, including protein and fluid absorption. Early puppy vaccination is the most effective approach to prevent this deadly disease.

Known as kennel cough, the disease is highly contagious and spreads through the air. It’s highly treatable in the majority of dogs. However, puppies under the age of six months may be more severely affected. It can be prevented by early vaccination, just like parvovirus.

Anemia is a medical disorder that affects dogs because of a decrease in blood supply.A dog’s red blood cell count is reduced because of parasites that feed on the dog’s blood.

Among these parasites are:

The mother’s uterus and the milk that is provided to her puppies can transmit roundworms. Dog feces is a great place to look for these worms. Because they attach to the intestine and draw blood, hookworms can be deadly to your dog. Hookworms can be transmitted from mother to puppy. Dogs, on the other hand, can catch them from infected soil. A parasite known as a whipworm can cause severe inflammation of the lining of the intestines. Aside from the dog’s feces, they are generally not visible.

A common cause of tapeworms in dogs is when they consume fleas. Depending on the length of the tapeworm in a dog’s gut, it can grow up to 4-6 inches long. When they are found in the dog’s feces, they’re usually easy to spot.

If given the opportunity, untrained dogs will eat anything edible. It also helps Dogs Sleep a lot. It is also possible that a dog’s owner chooses to treat it to something damaging. Even coffee is dangerous because of its caffeine content. The consequences can be deadly. If your dog ingests a harmful substance, contact your veterinarian immediately.